Death in the Afternoon: The Tragedy of Bullfighting 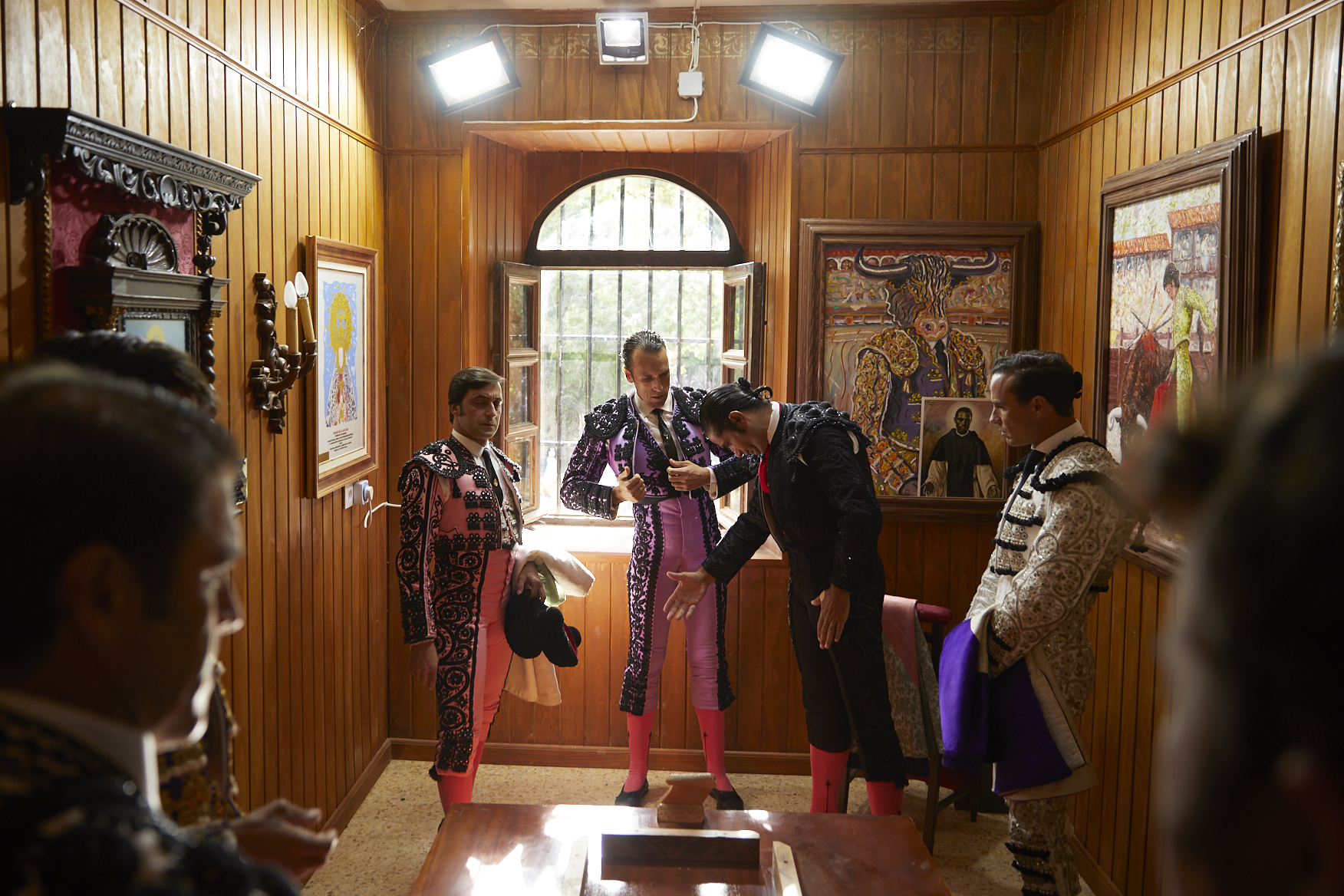 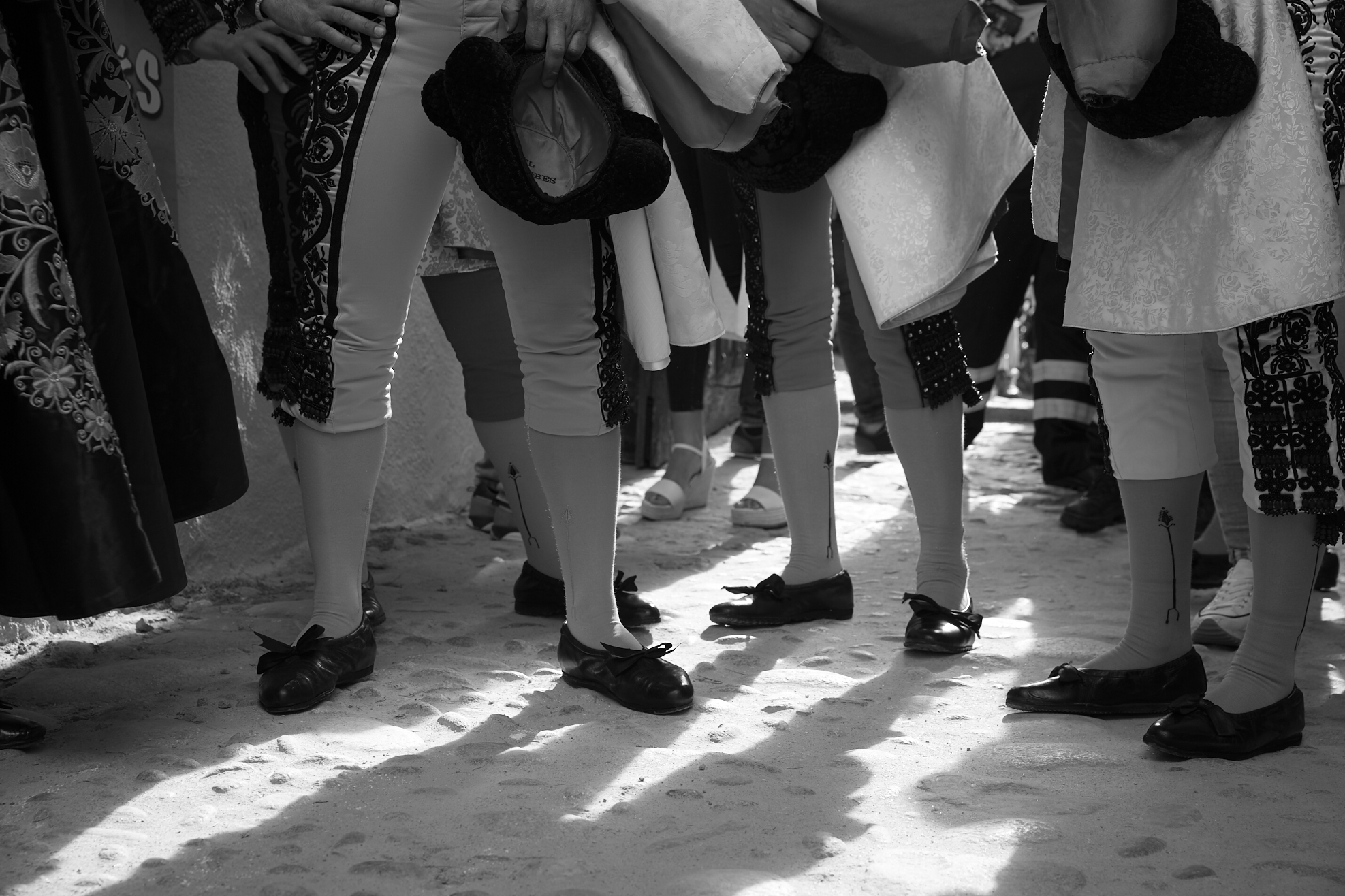 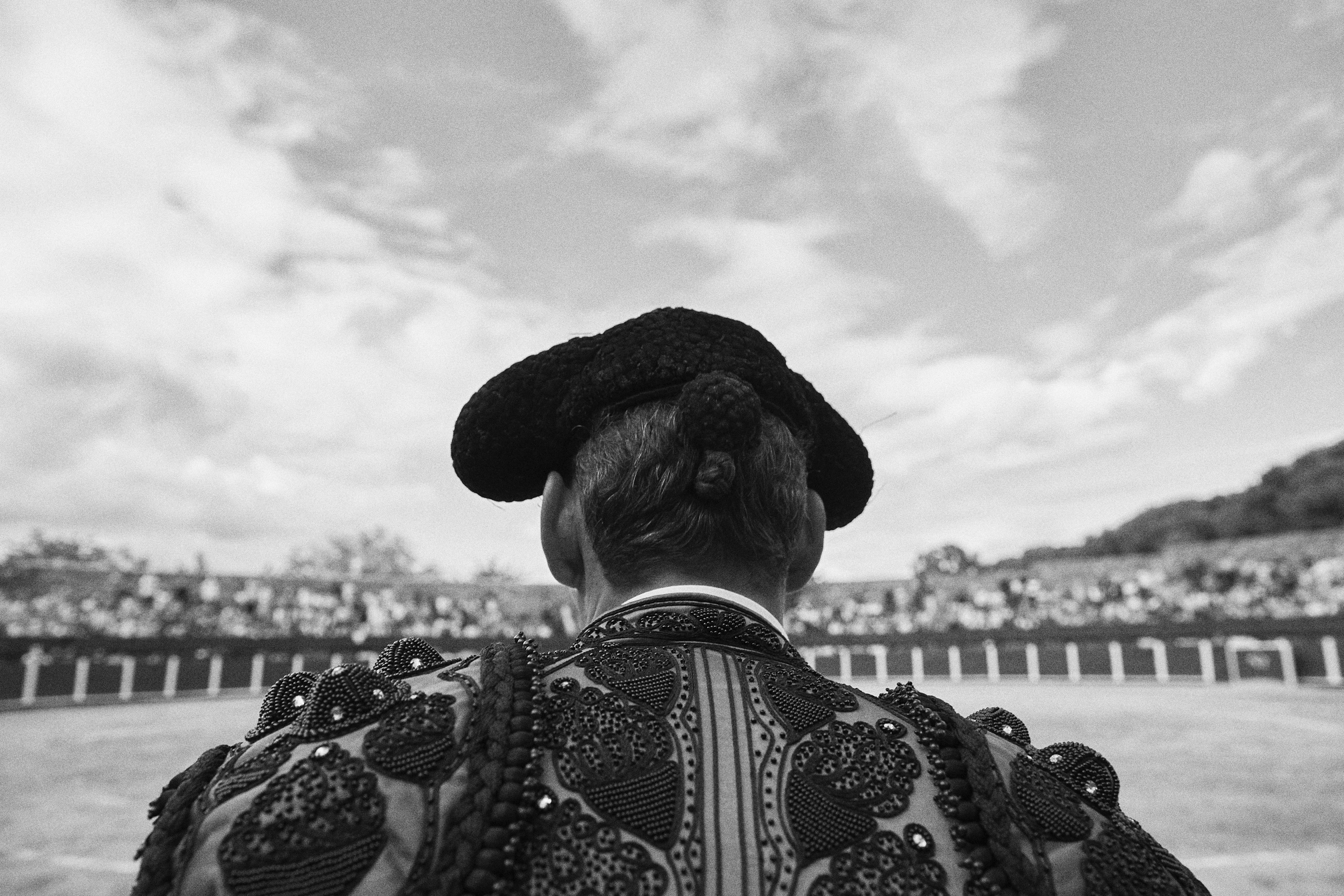 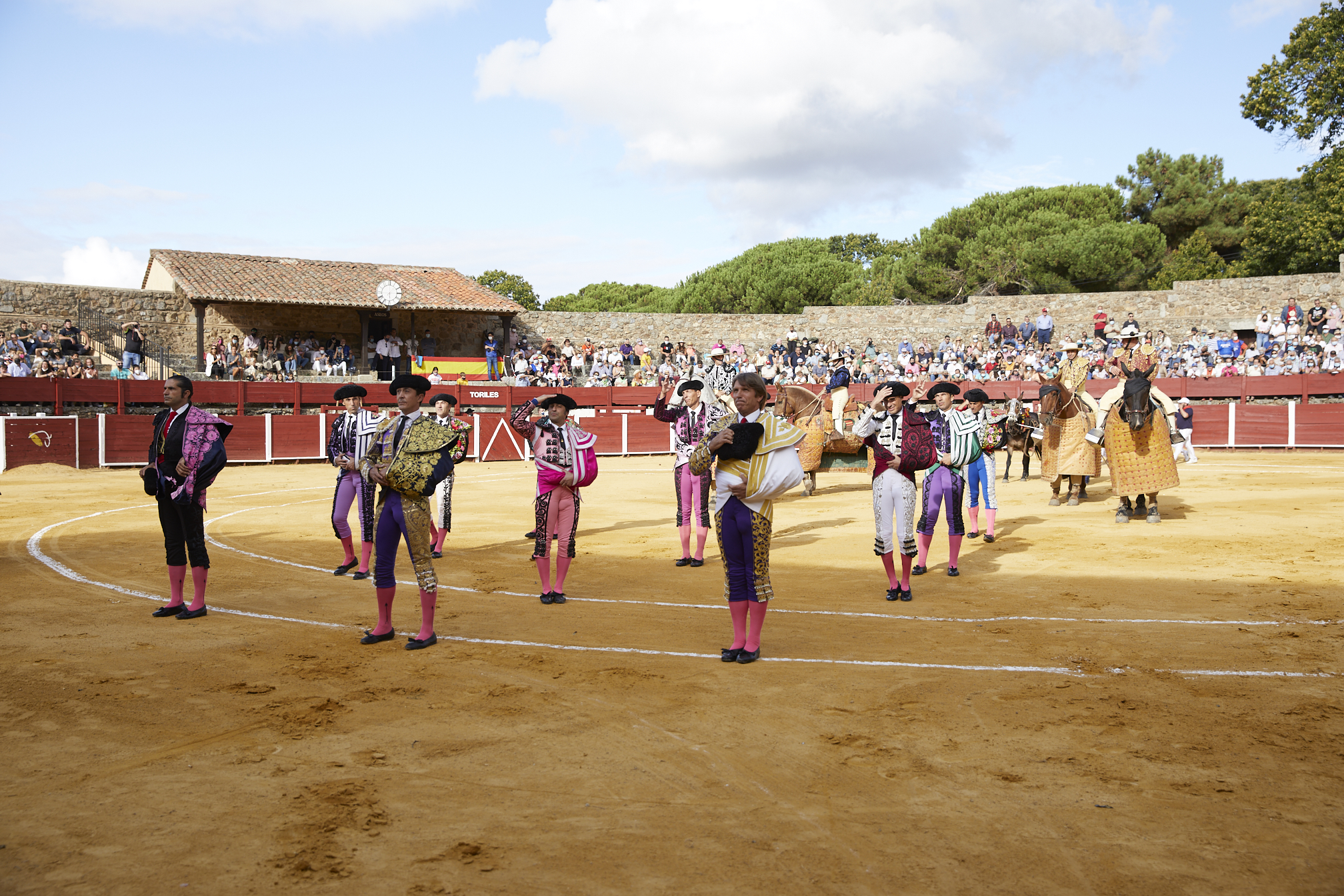 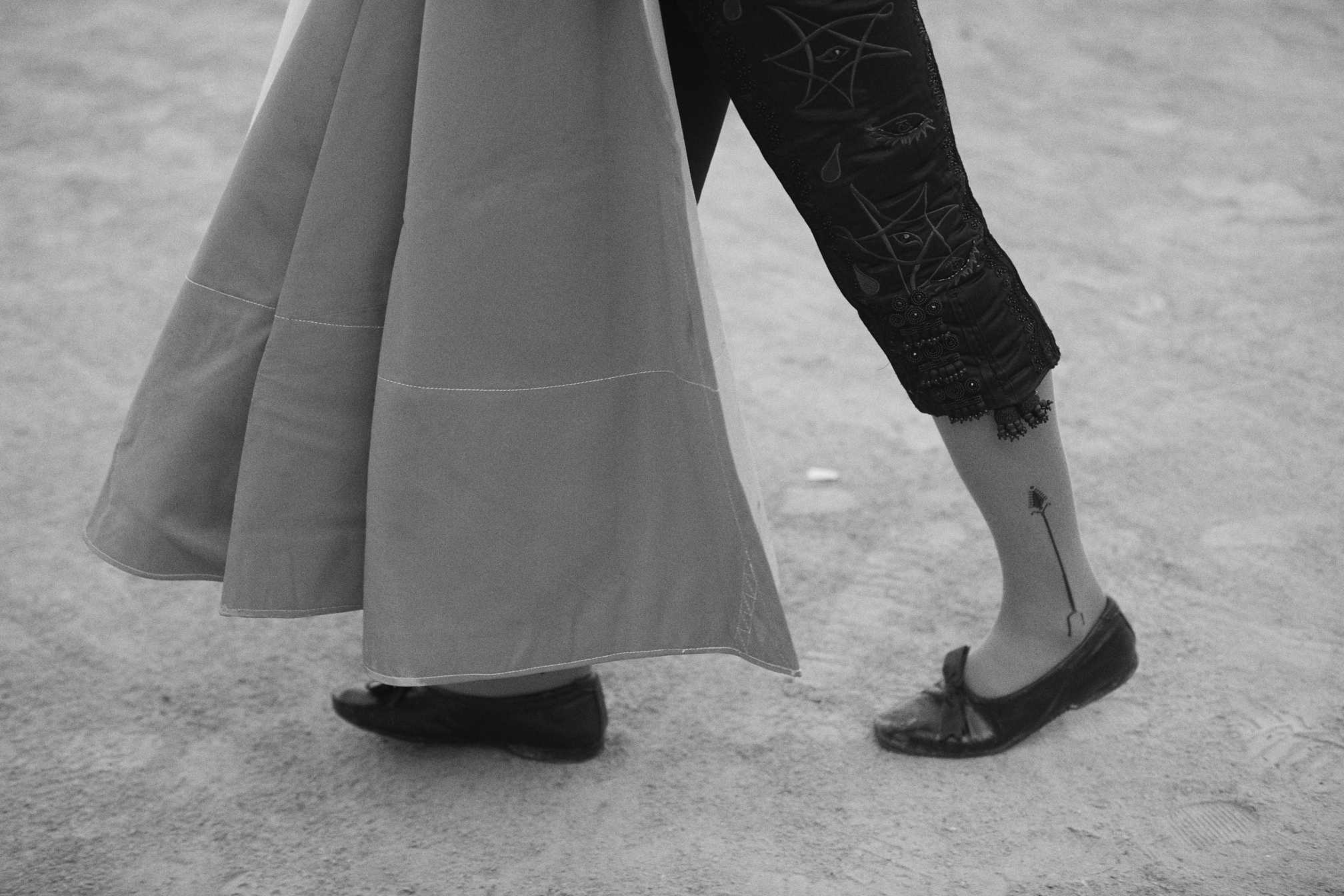 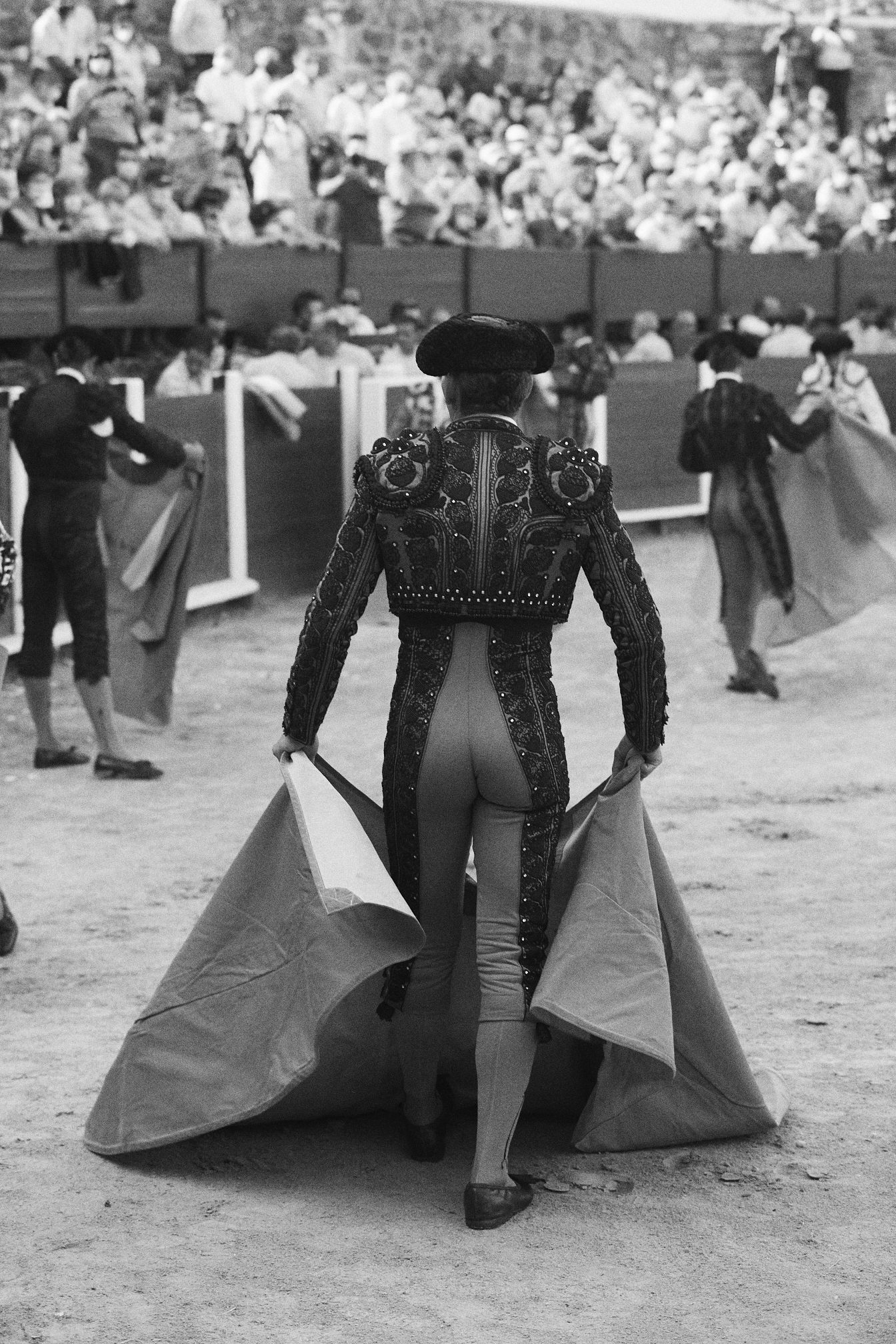 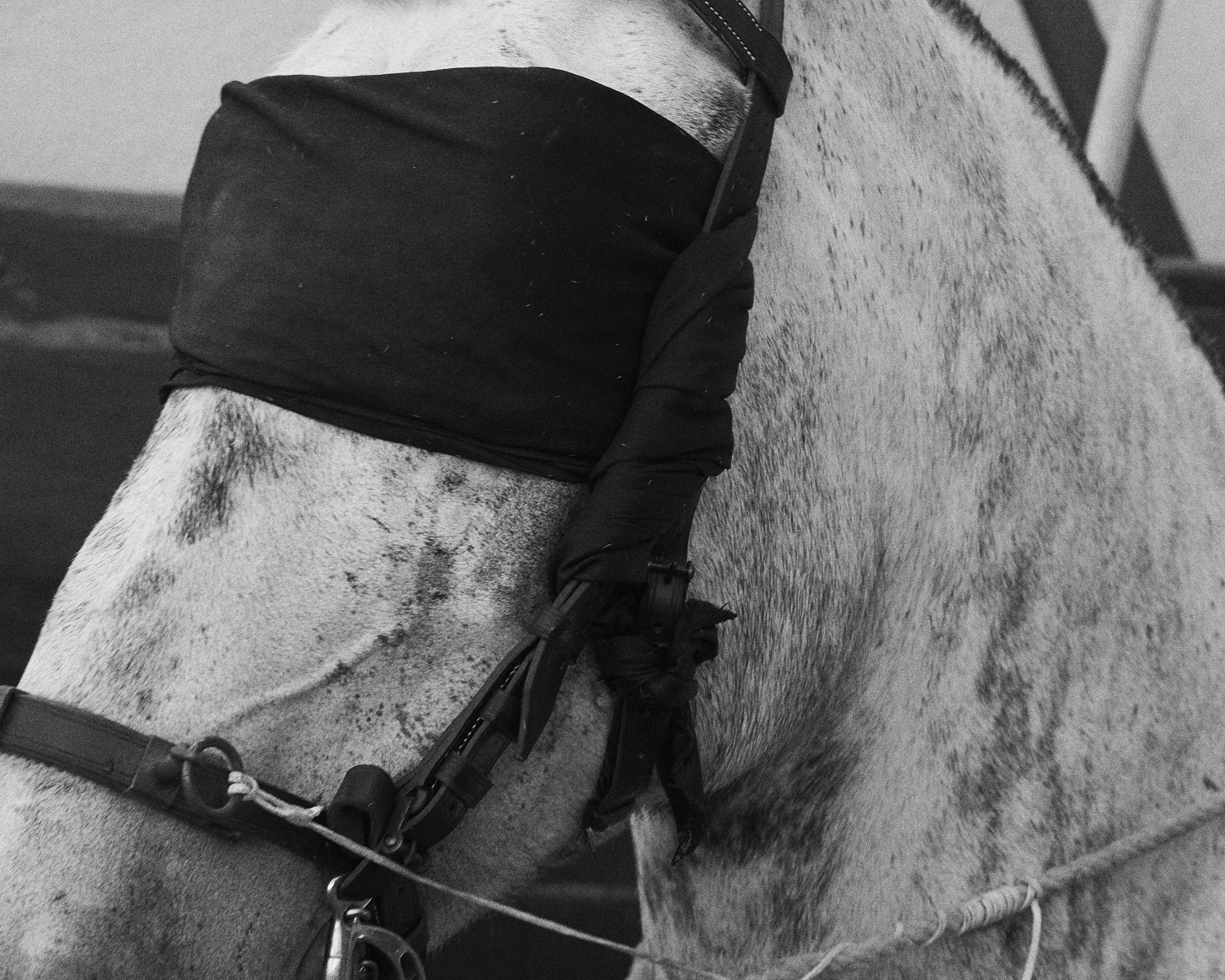 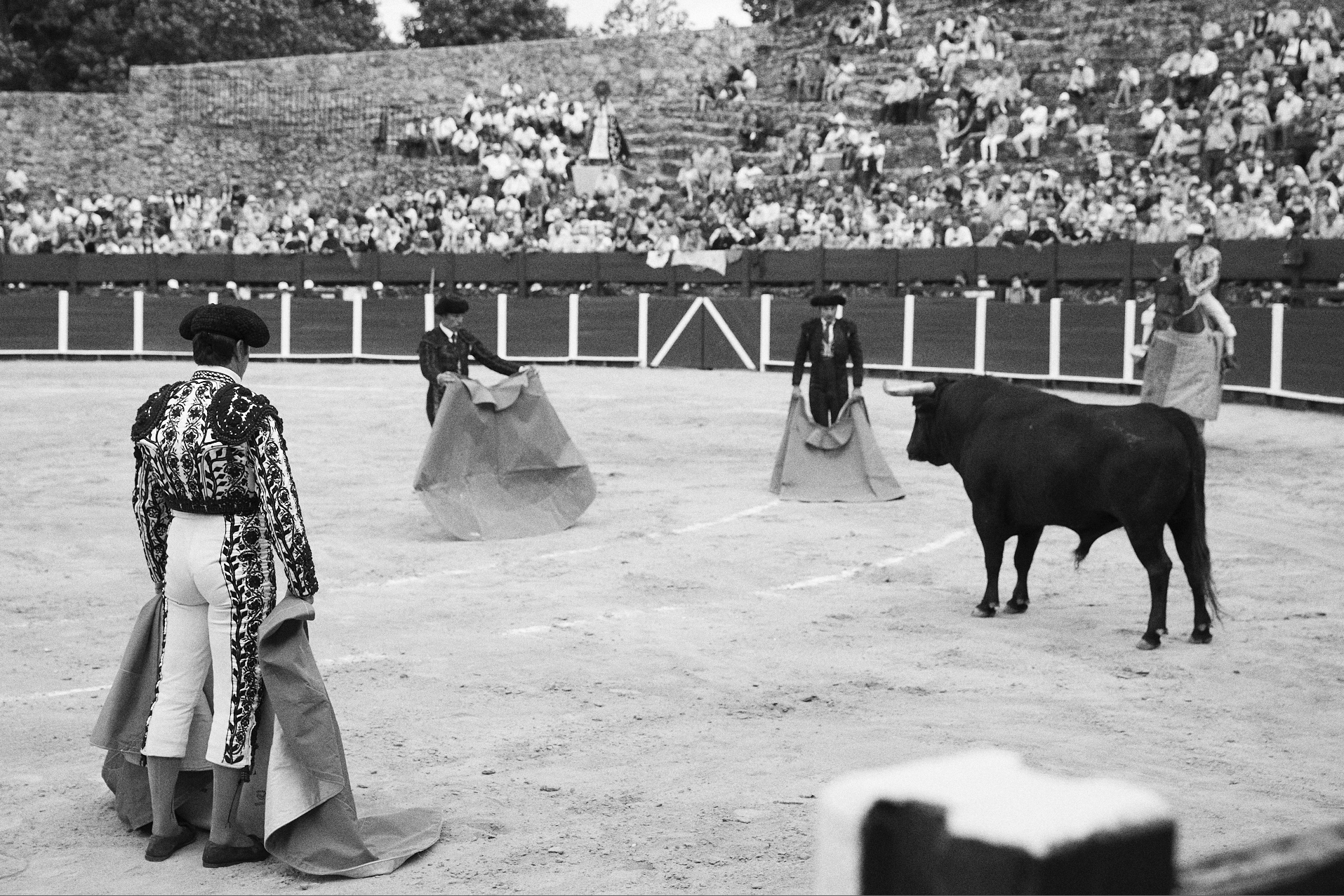 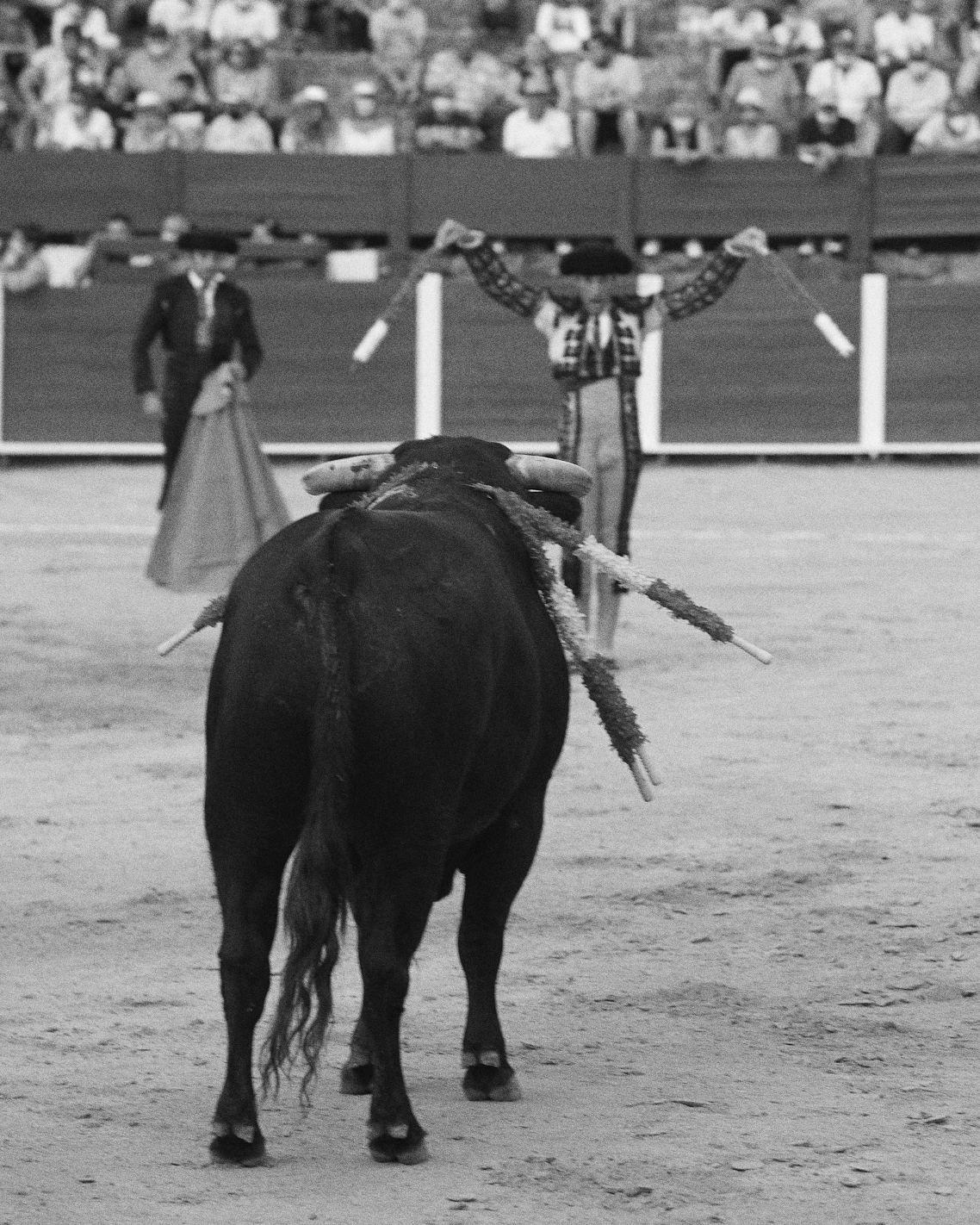 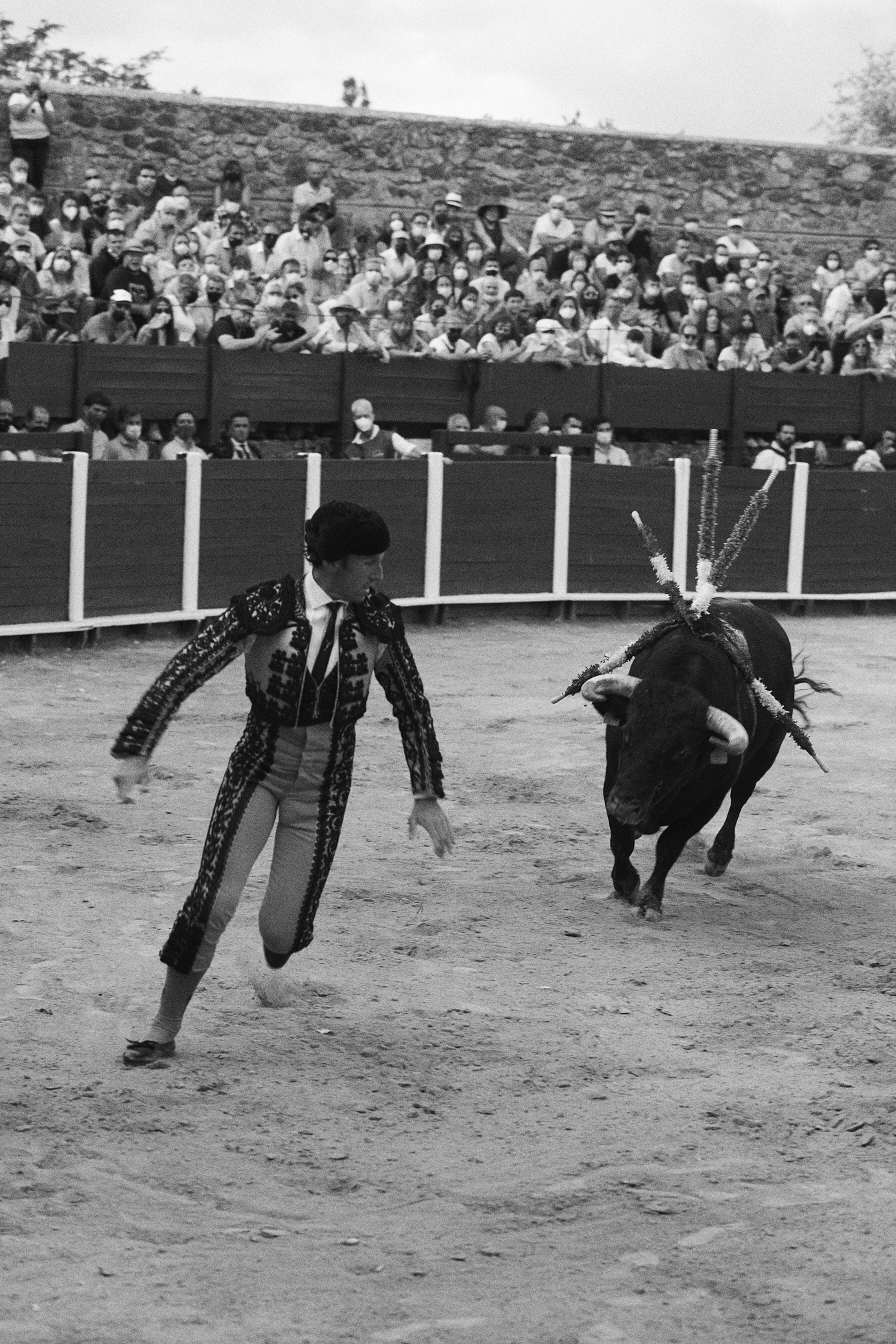 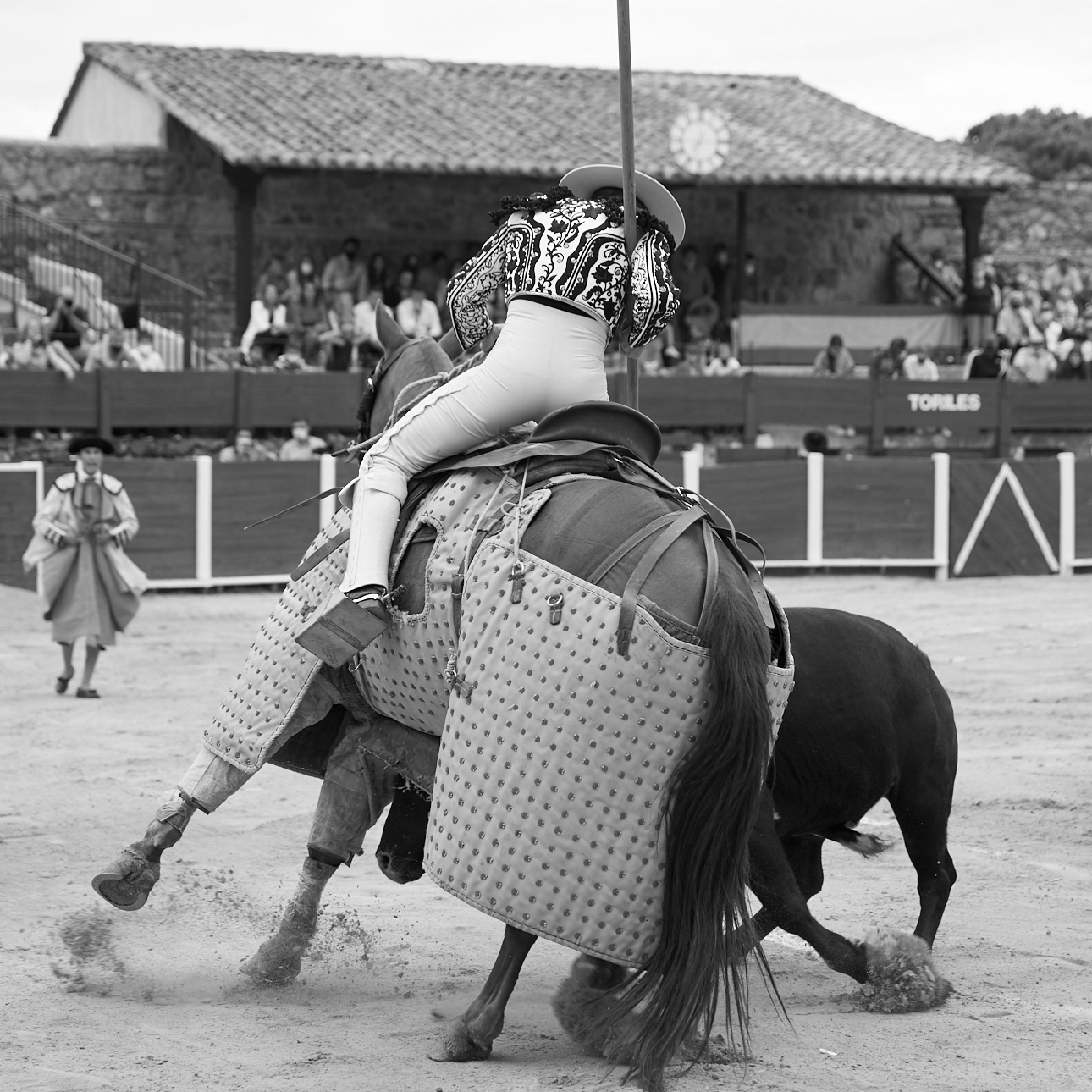 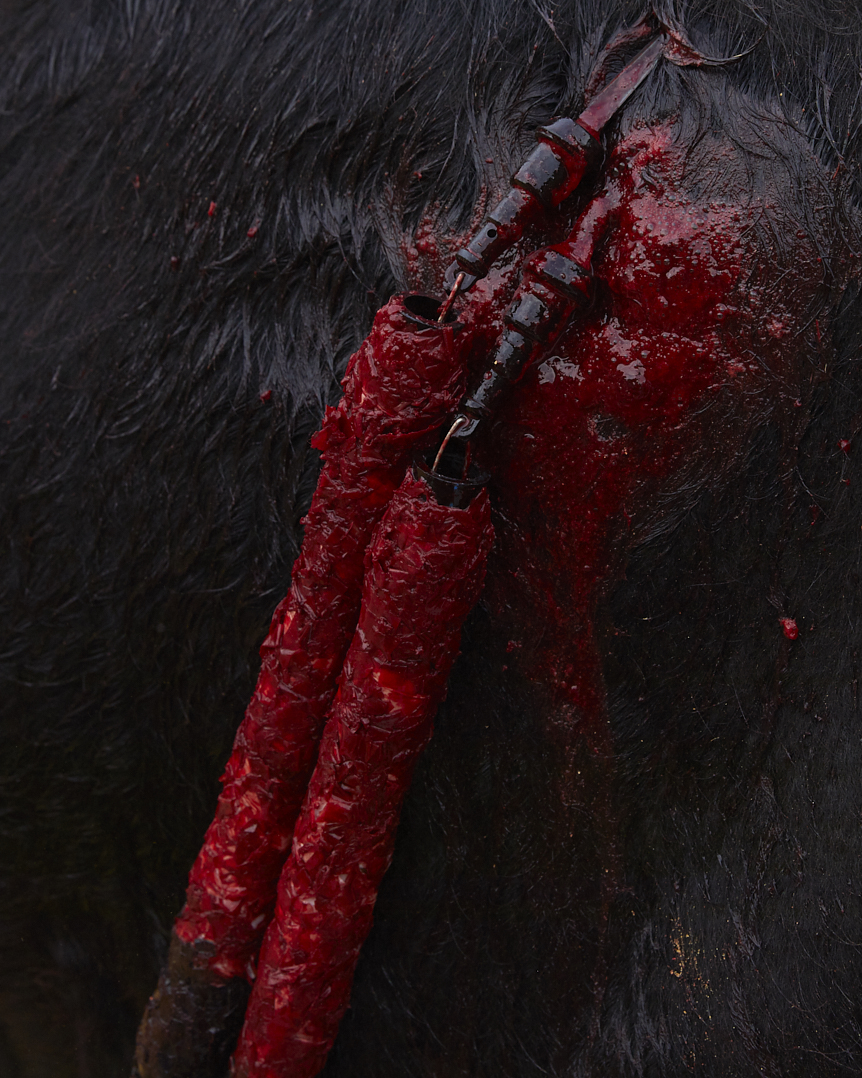 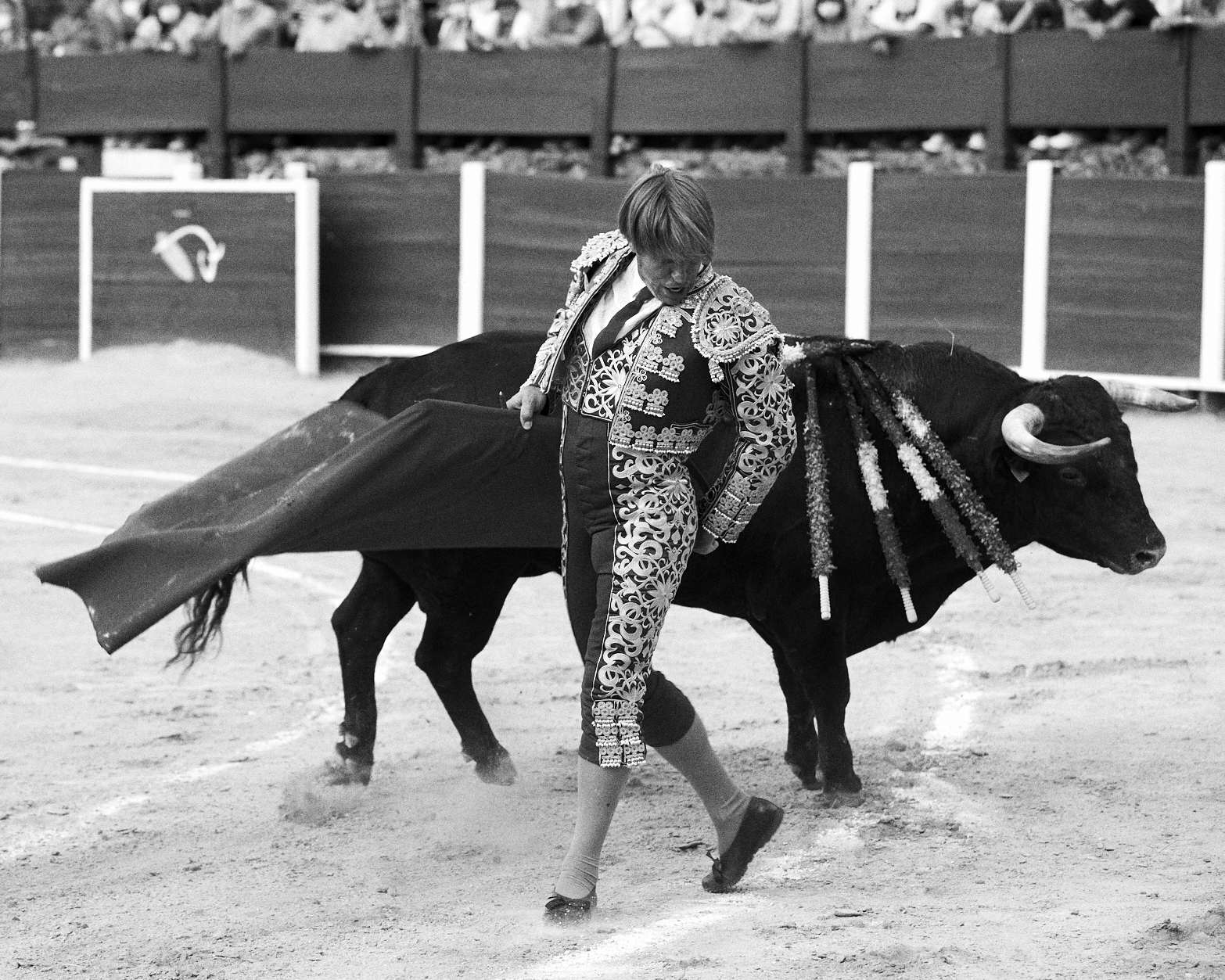 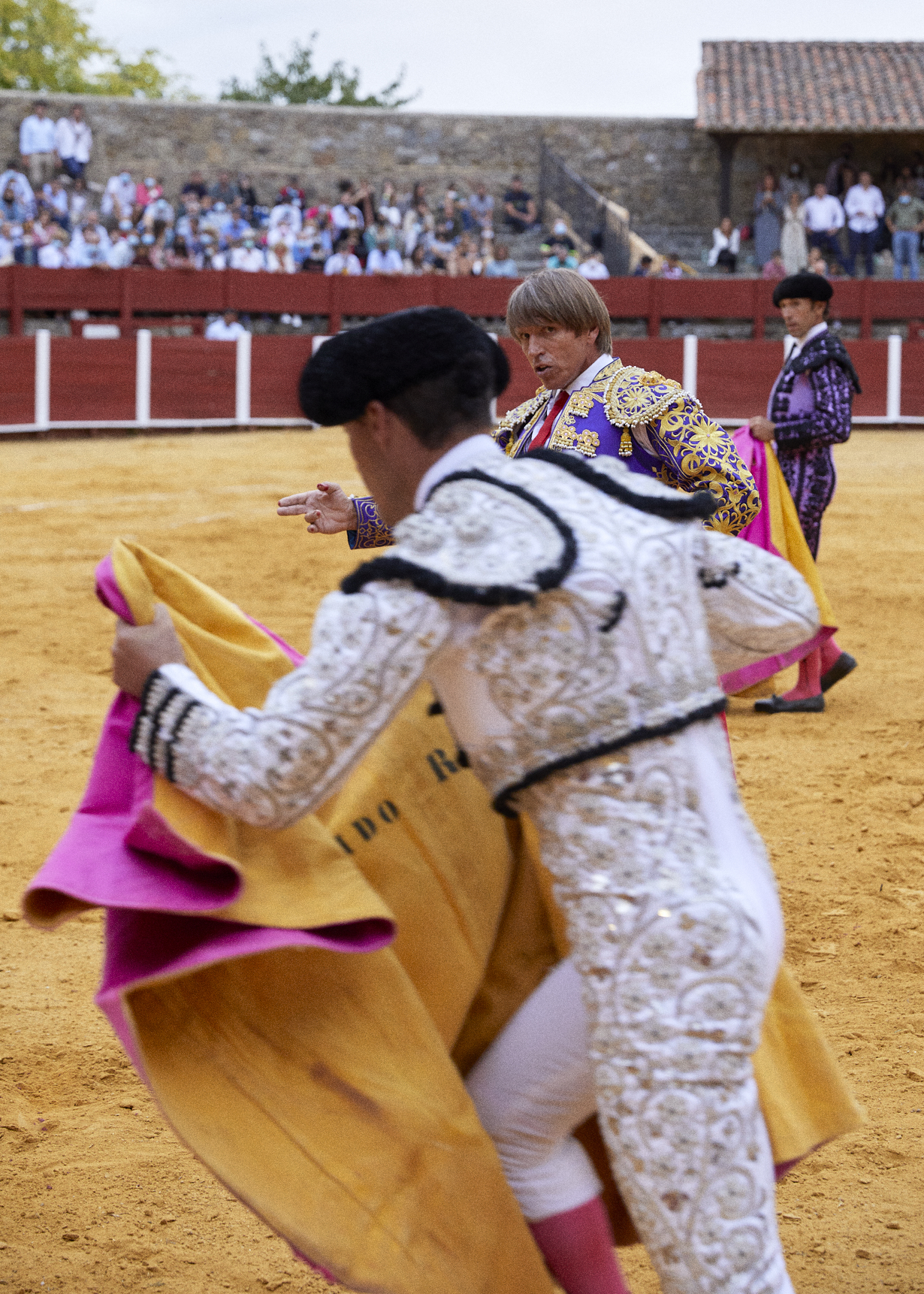 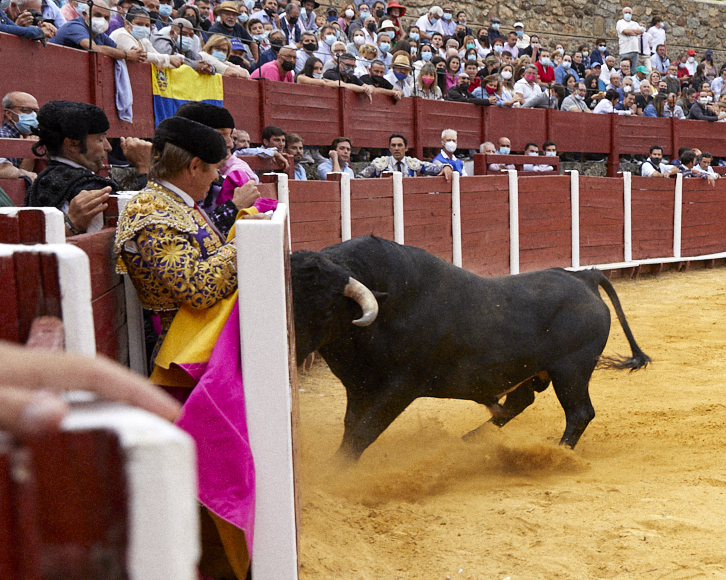 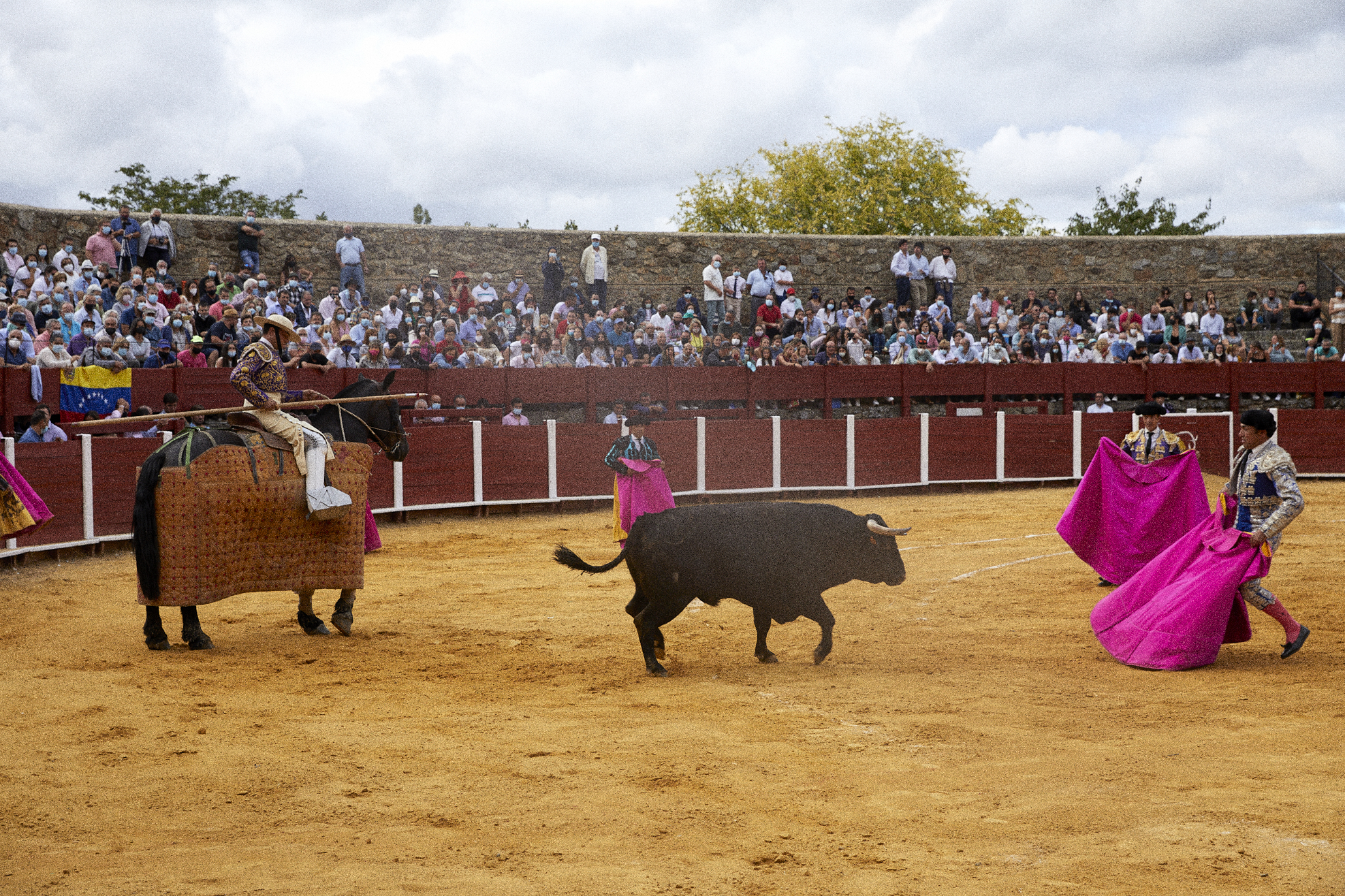 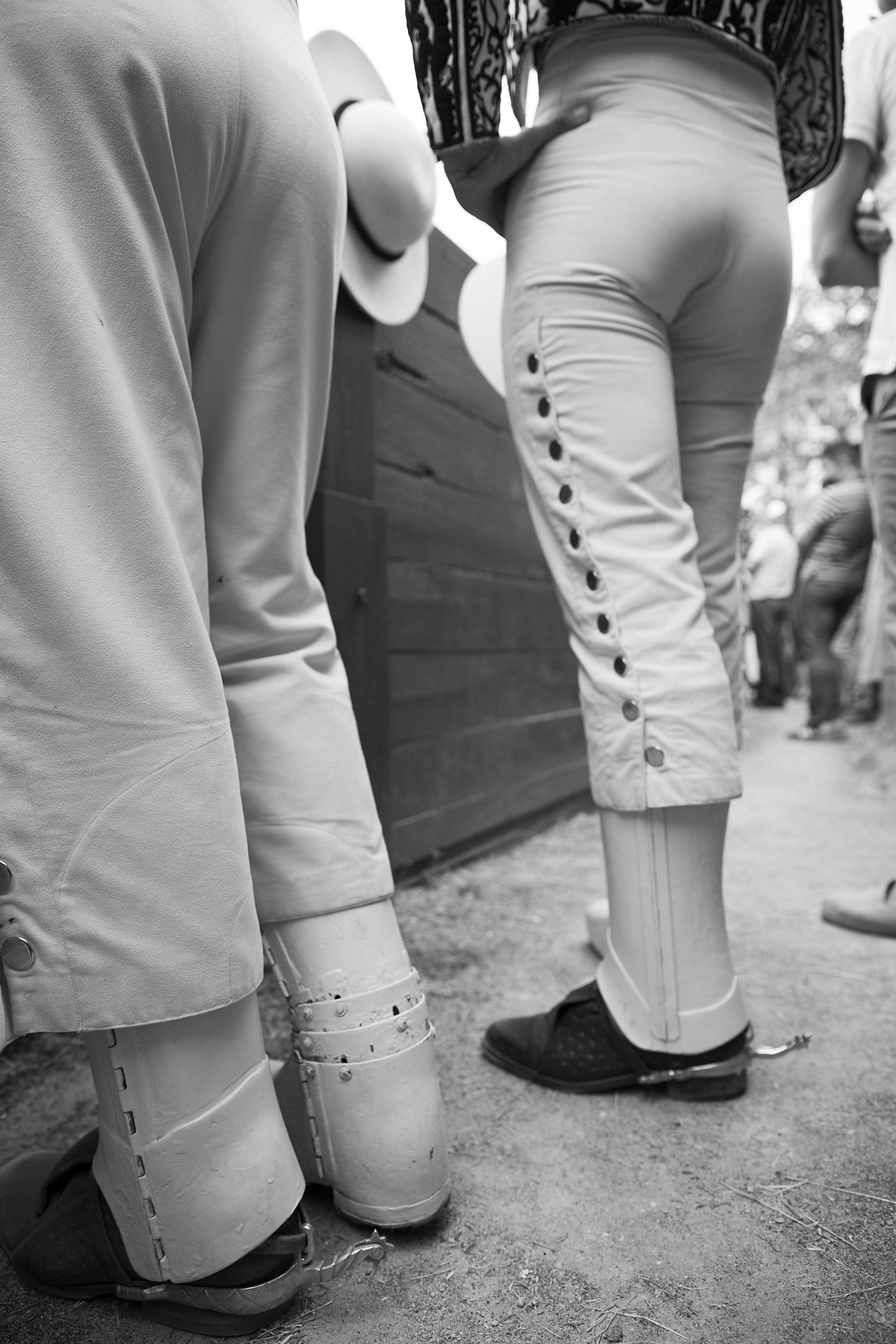 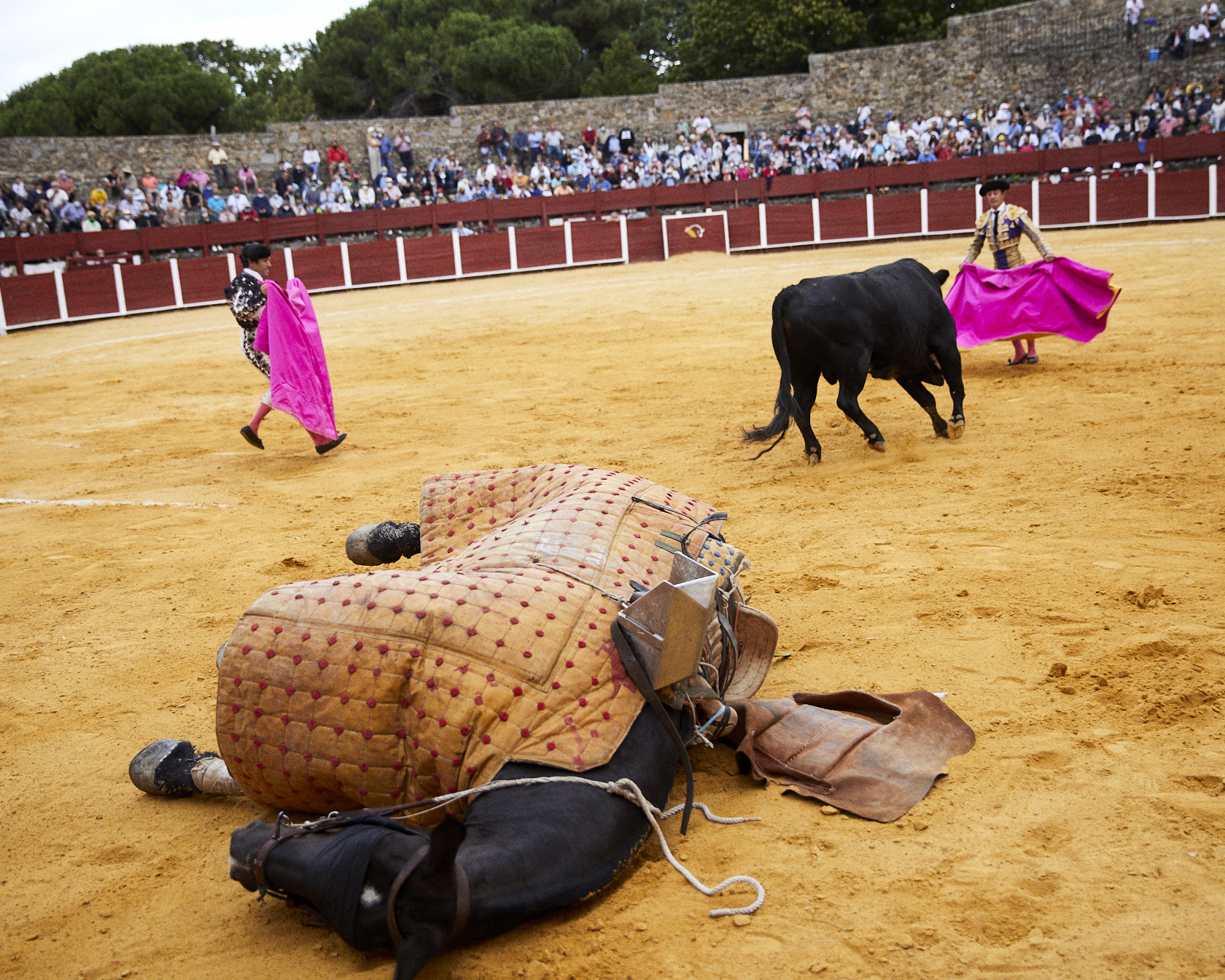 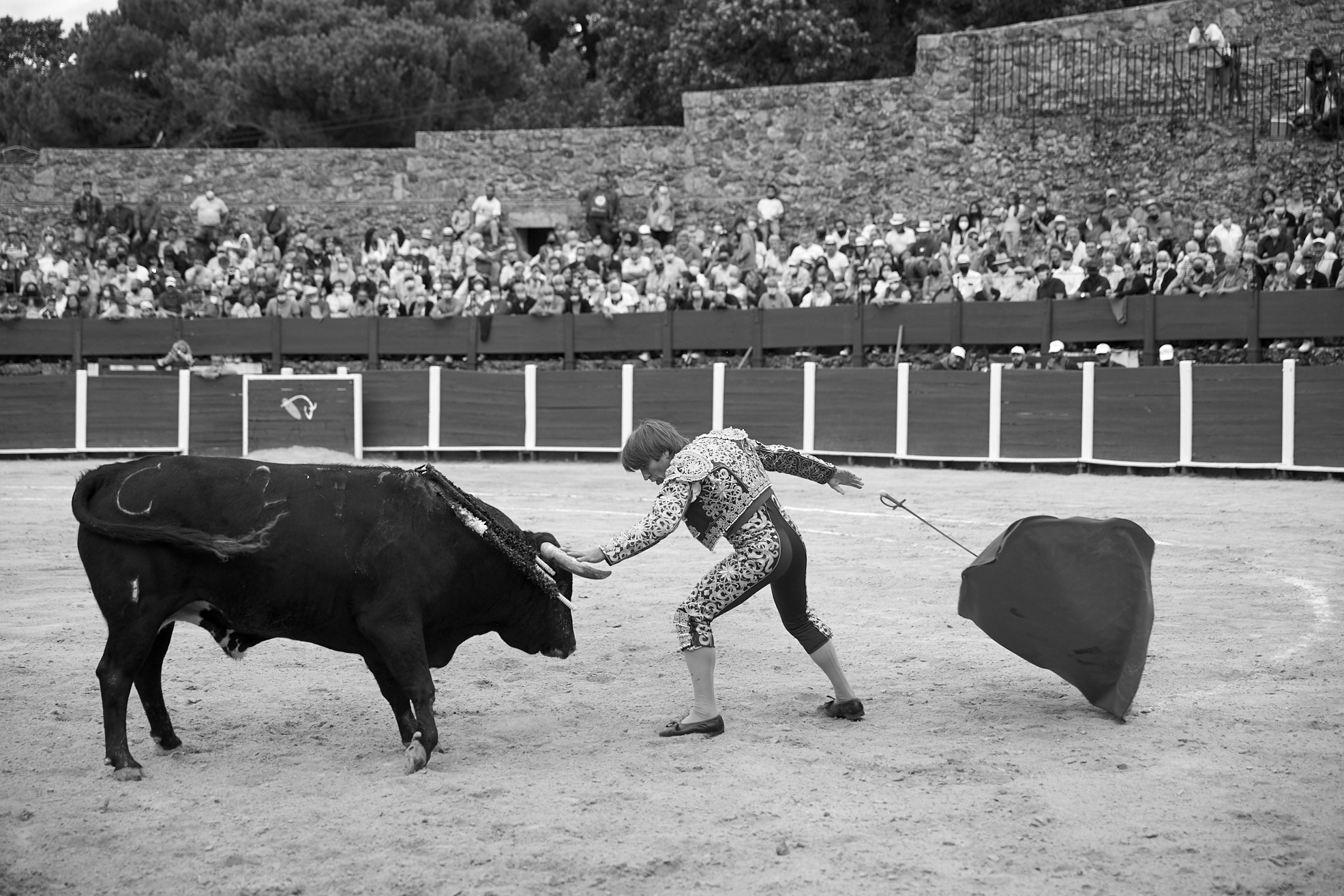 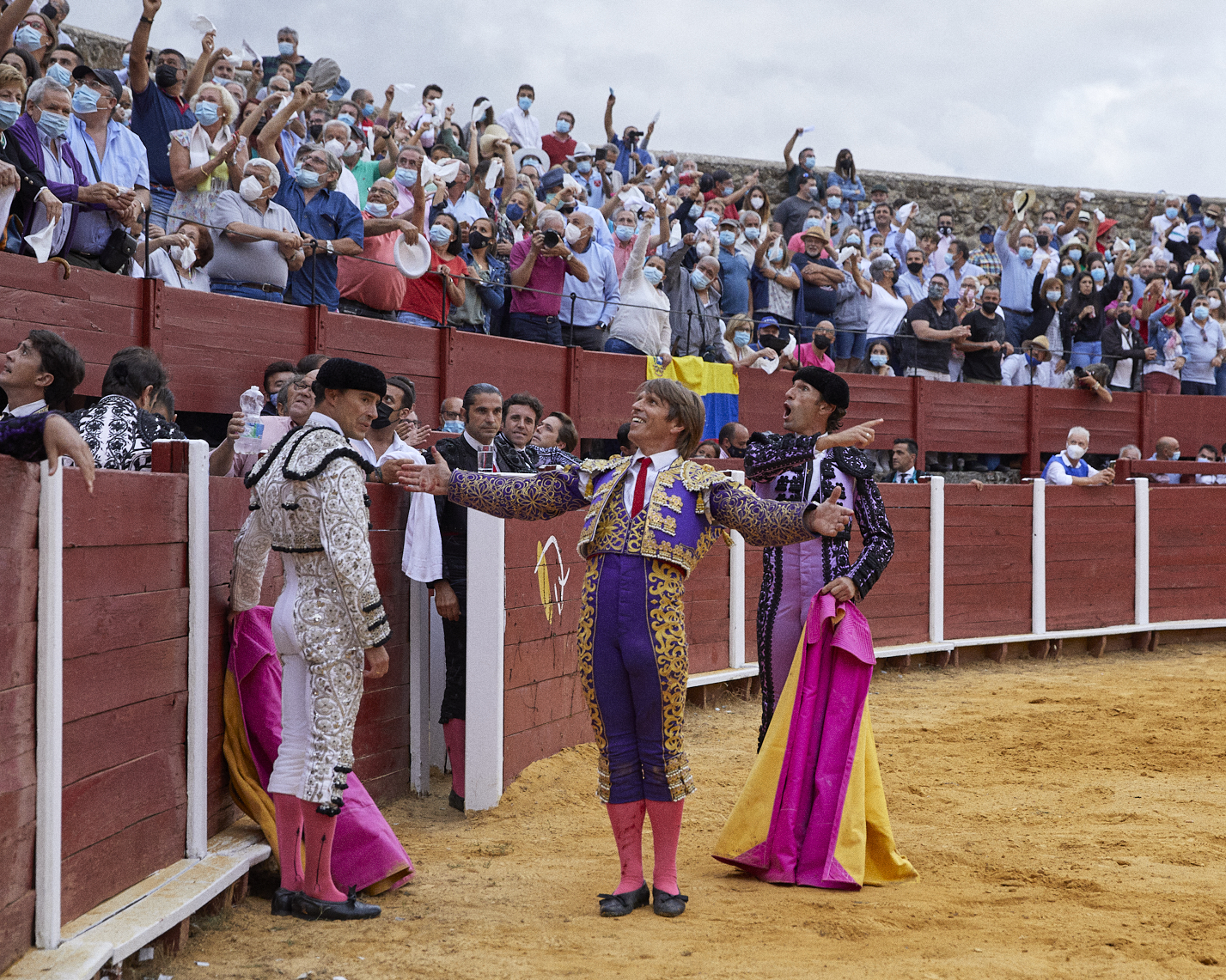 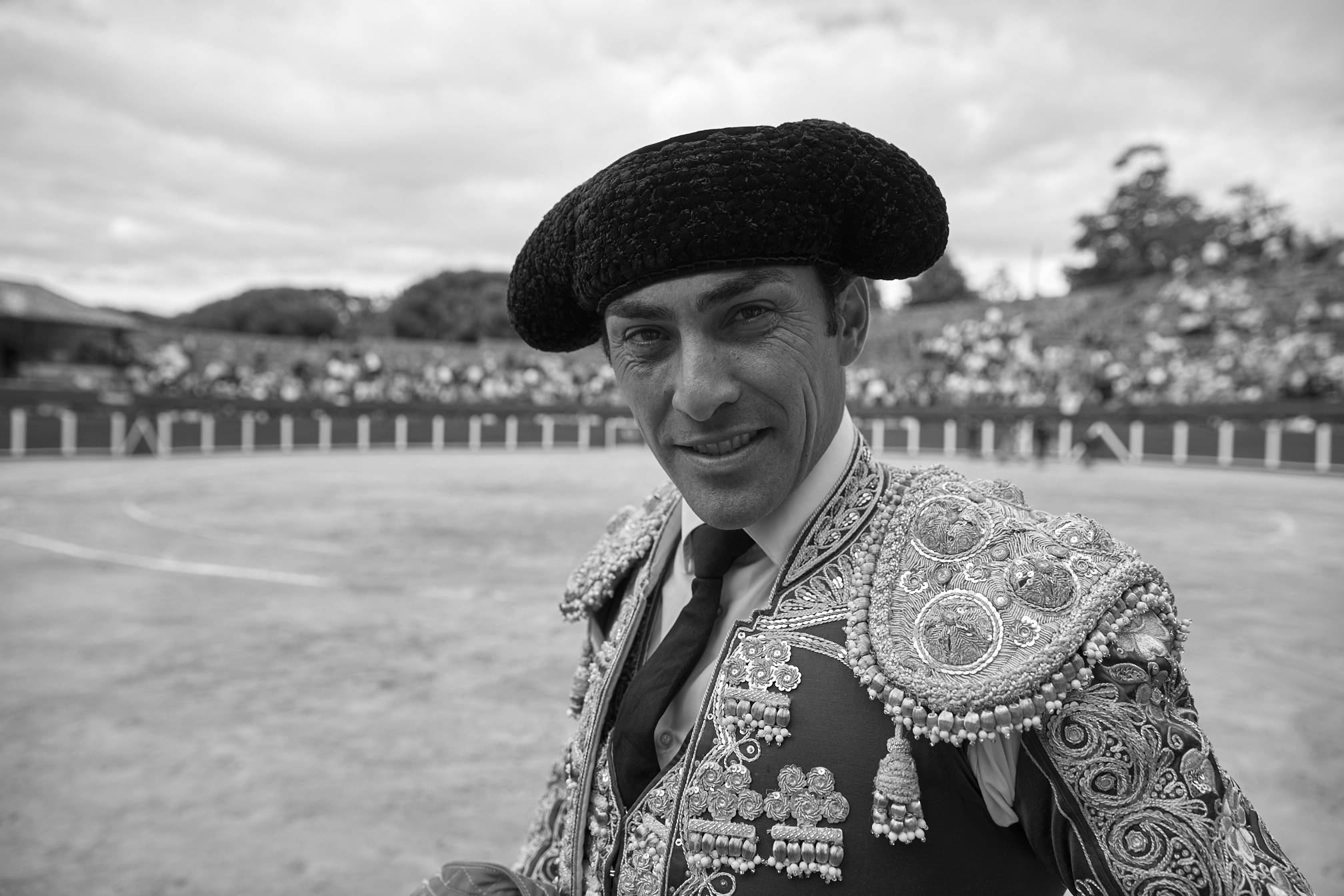 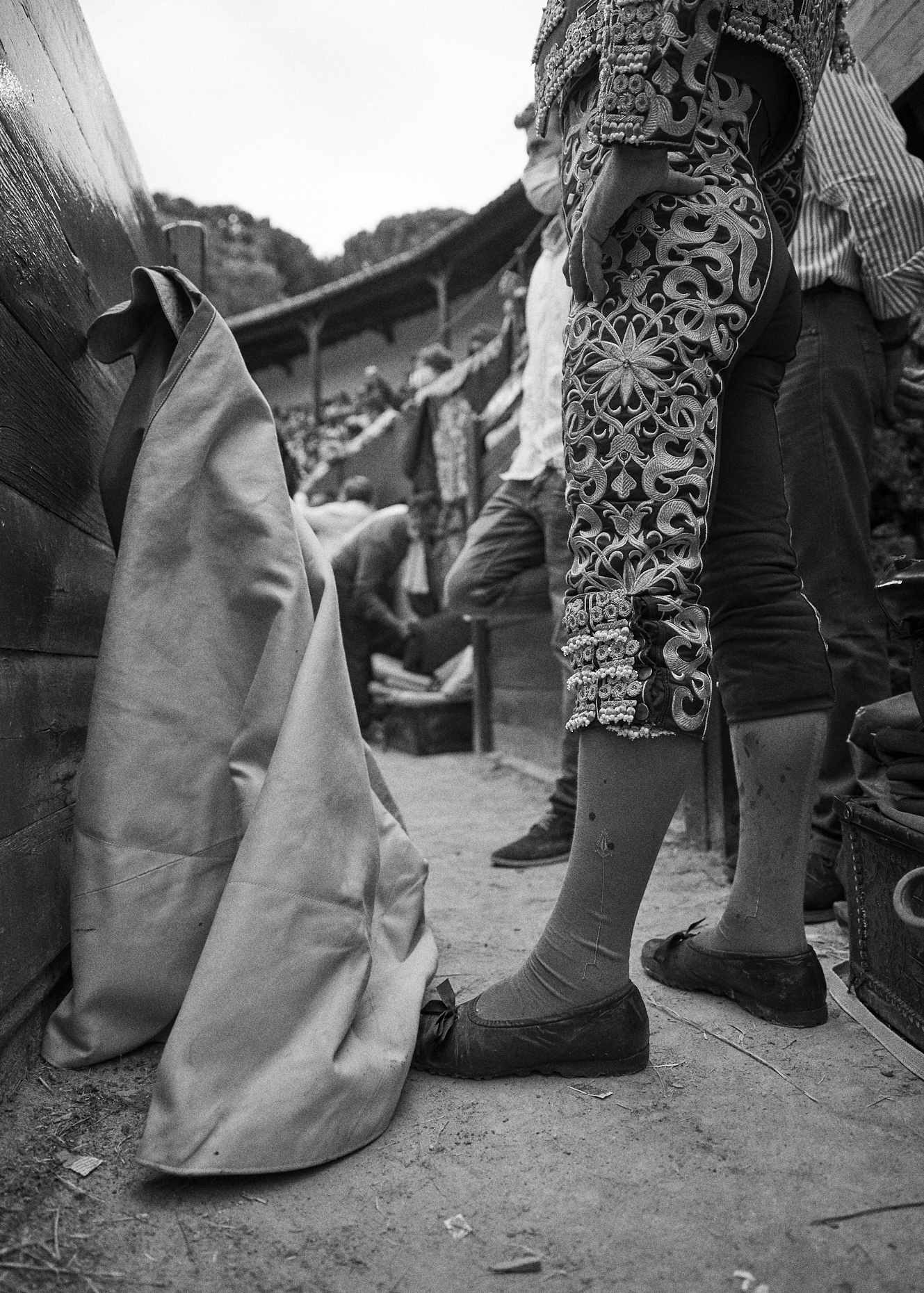 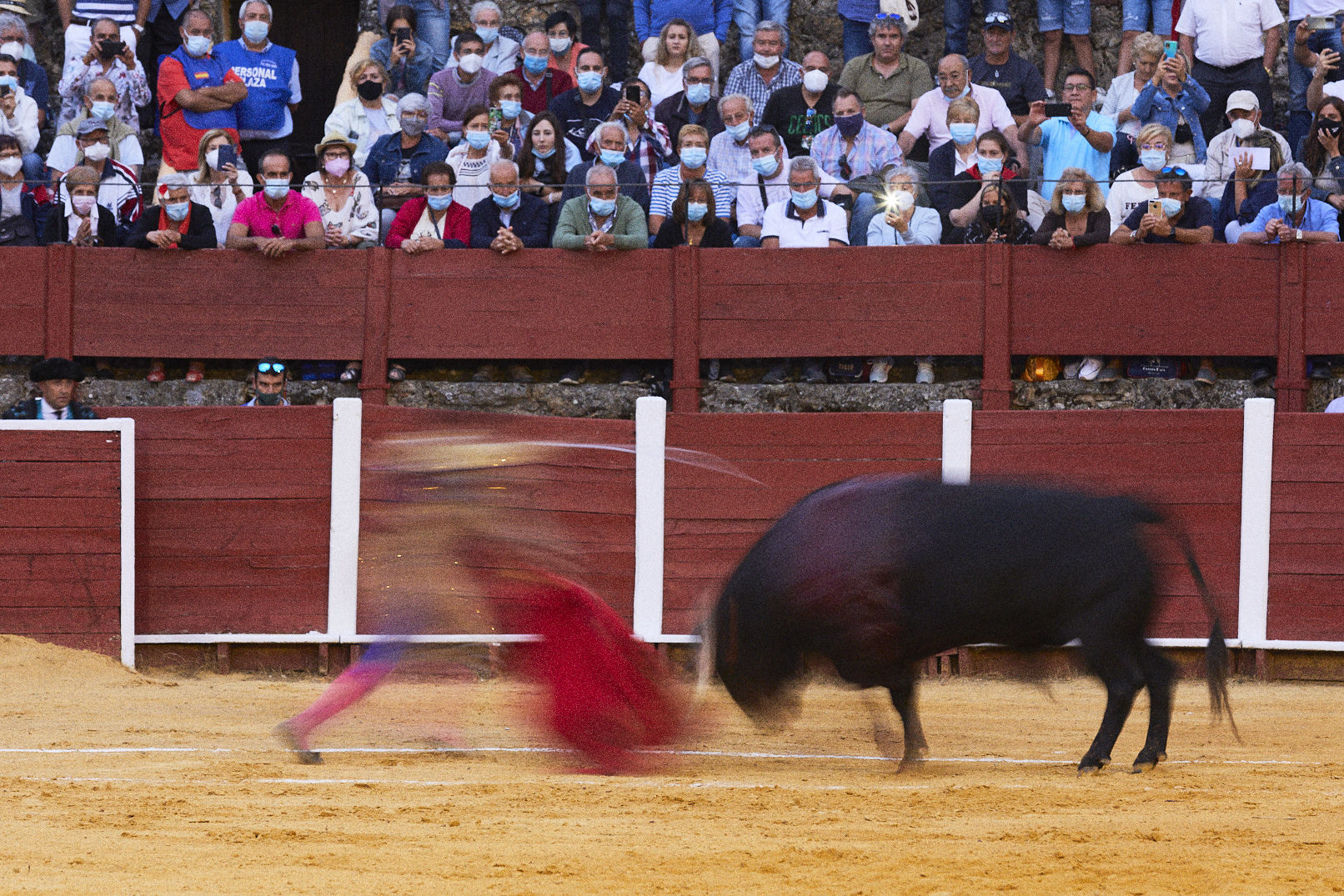 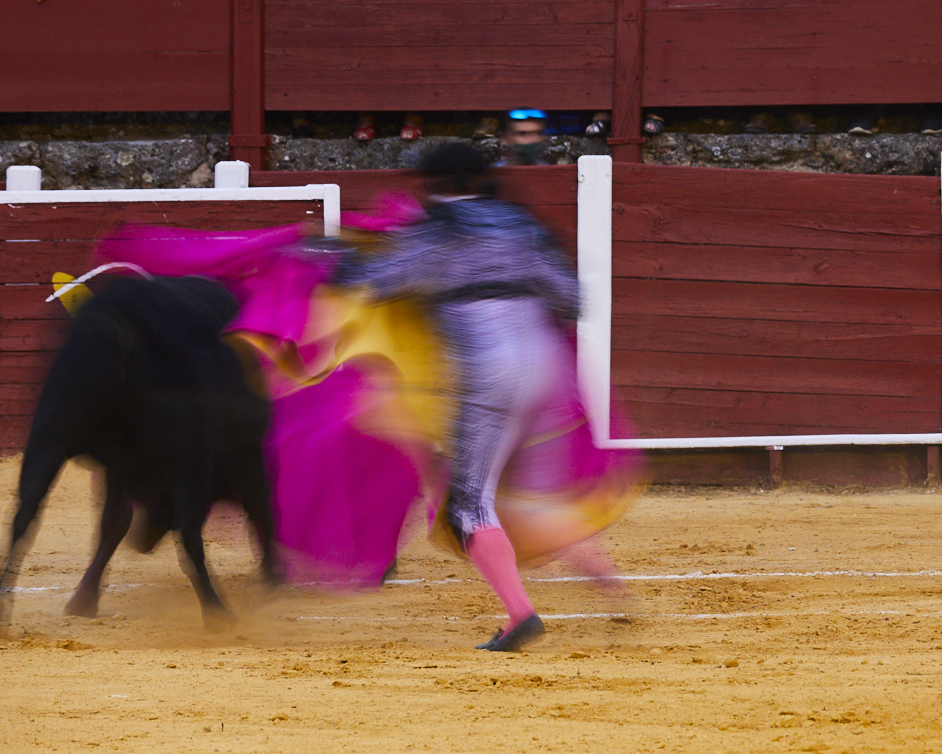 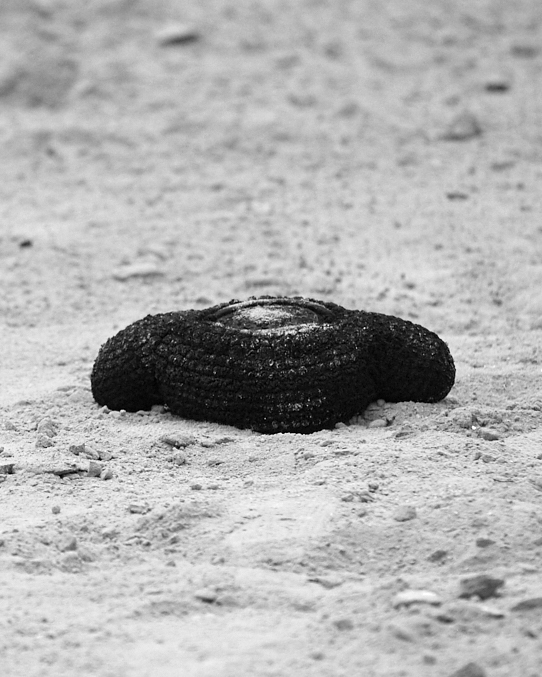 These days, almost everything you hear about bullfighting condemns it as a brutal business that needs to be stopped. Even if you find a few voices who admire its exhibition of skill and spectacle, they still maintain its inherent inhumanity means it should be consigned to history. In a bullfight, there’s certainly much cruelty, there is always danger and there’s always death, but you cannot know how you will feel about something until you experience it for yourself. When I was asked to take photos of a Corrida de Torros in the oldest bull ring in the world, “La Ancianita in Béjar” in the province of Salamanca, I imagined I would join the condemning chorus, but despite my discomfort with the bull’s death, I discovered hidden symbolic depths and an unexpected poetry in the ring.

To understand what bullfighting means to those involved, we must reflect on its origins. The history of bullfighting goes back to the Reconquista Spanish War – a series of battles between the 11th and 13th centuries in which the Christian nations reclaimed Spain from the Moors. When they weren’t killing each other, men turned their attention towards killing animals on the land. Deer and other harmless animals were easy prey, but when they came across the Iberian bull, they met an unprecedented resistance. Whereas all the other animals took flight, this noble beast never ran away, even when he was dying, preferring instead to fight to the death. Bullfighting became a contest in which the most daring warriors could showcase their courage.

Spanish culture reveres the bull because he symbolises strength of character and a determination to never give up, to fight until the bitter end. And because of their respect for the bull, great reverence is given to the moment that the bull dies. Having envisaged a bullfight was nothing but senseless barbarism, this reverence was not something I had expected. When the moment has finally come to kill the bull, the matador orders the orchestra to stop, allowing silence to fill the stadium; he then takes aim at the 5p size spot between the bull’s shoulders. If the sword enters correctly between the shoulder blades, it severs the aorta, and the animal dies almost instantly. If he misses and needlessly hurts the bull, the matador loses the respect of the audience. When the bull is dying, the matadors solemnly surround the bull to pay their last respects, before they wrap the bull’s body like an offering to God and drag it from the stadium. It’s a performance of death that feels more like a reverent ritual than a straightforward execution.

“In bullfighting culture there’s no glory if you don’t kill the bull at the first attempt. This is fundamental because the bull is an important symbol. For us, it’s a symbol of the kind of behaviour we should strive towards. It’s about having the humility to recover from punishment or battle.”

(Conversation with a spectator at the bullfight).

Bullfighting is not a sport in the Anglo-Saxon sense of the word – that is, it is not an equal contest between a bull and a man. Rather, it is a tragedy; there is danger for the matador but certain death for the animal. I couldn’t look away, transfixed by the knowledge that death was an inevitability. It is high drama, and we bear witness to it all: the overcoming of danger, the preparation for the kill and finally, the killing of the bull. It made me reflect on how thin the veil between life and death is. Like the Gladiator fights of ancient Rome, bullfighting offers the crowds an opportunity to stare death in the face and in so doing, contemplate our own existence.

These days, the bell seems to be tolling on the bullfighting world. With only around 8% of Spanish youngsters learning the sport, there is a distinct lack of interest in the new generation. Add to this, the numerous animal rights groups that campaign against it and it may only have somewhere in the region of five to ten years left.

In the US, where it is illegal to kill the bull, bloodless bullfighting is practiced, which enables the audience to enjoy the art of bullfighting without the taking of a life. Yet for traditionalists, if the bull is not killed, the symbolic resonance is lost. Just as death gives life meaning, it is the sacrifice of the bull’s life that gives meaning to the bullfight. Without death, there is no jeopardy. Without death, it’s just theatre. But if we can no longer justify the killing of an animal for sport, perhaps bullfighting really is just doomed to become a relic of the past. 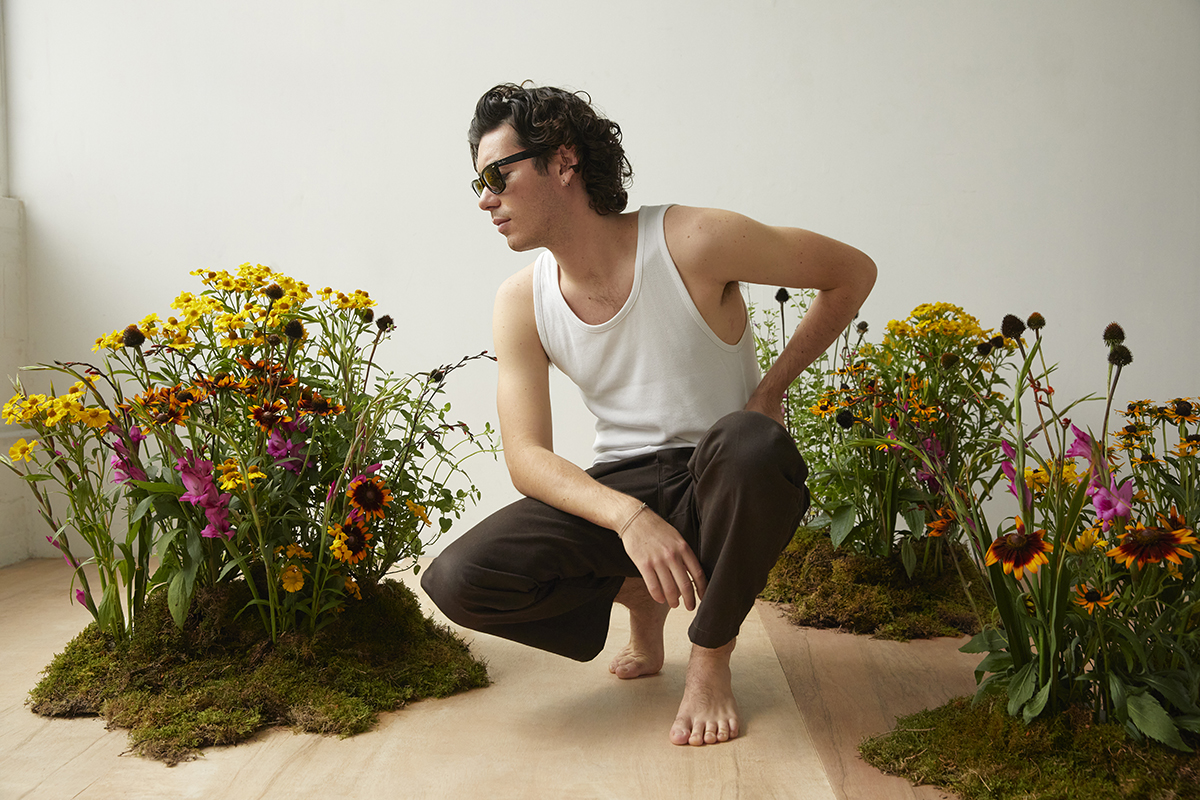 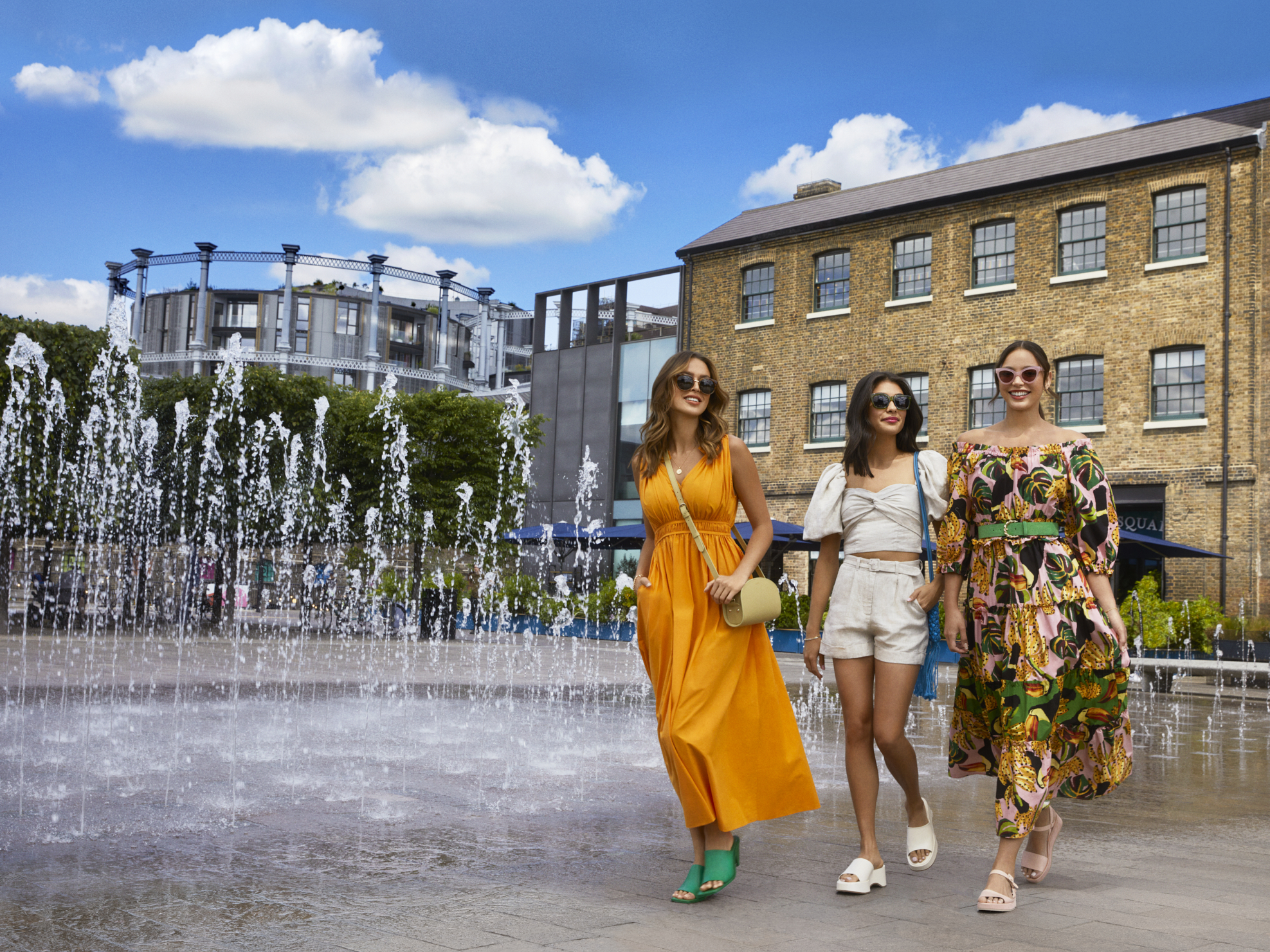 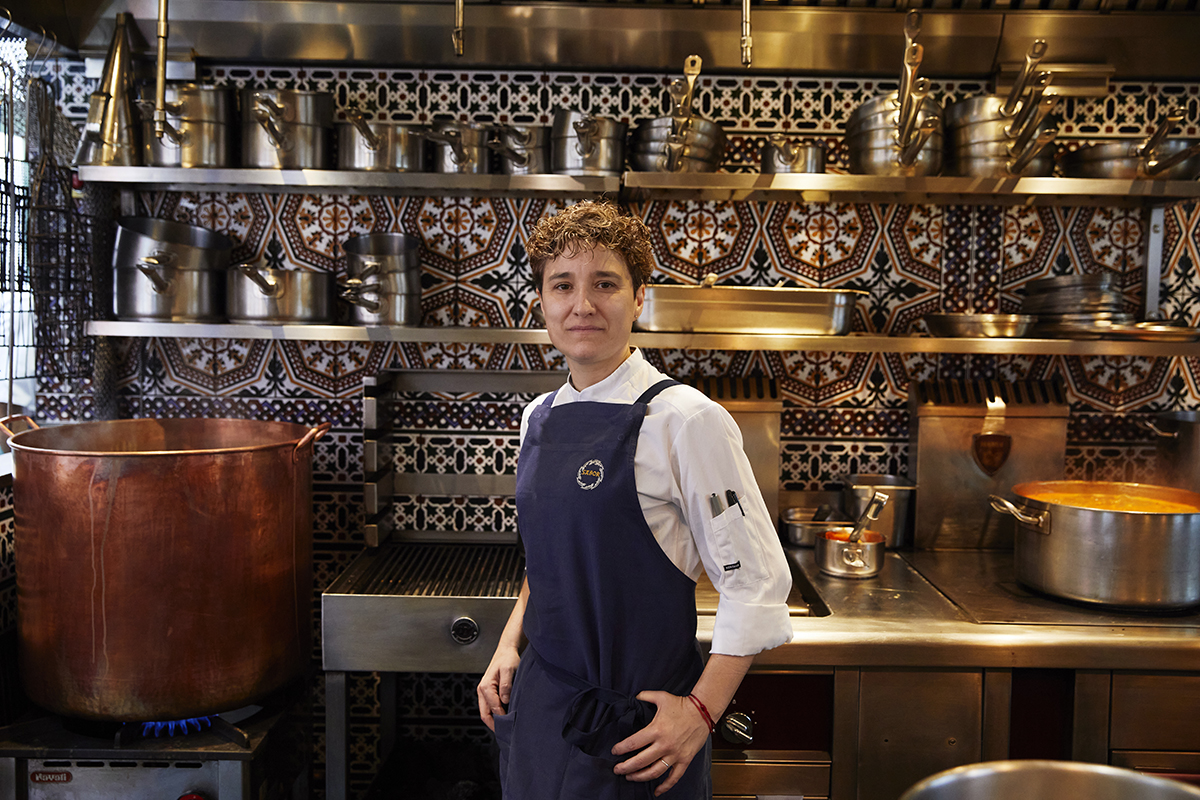 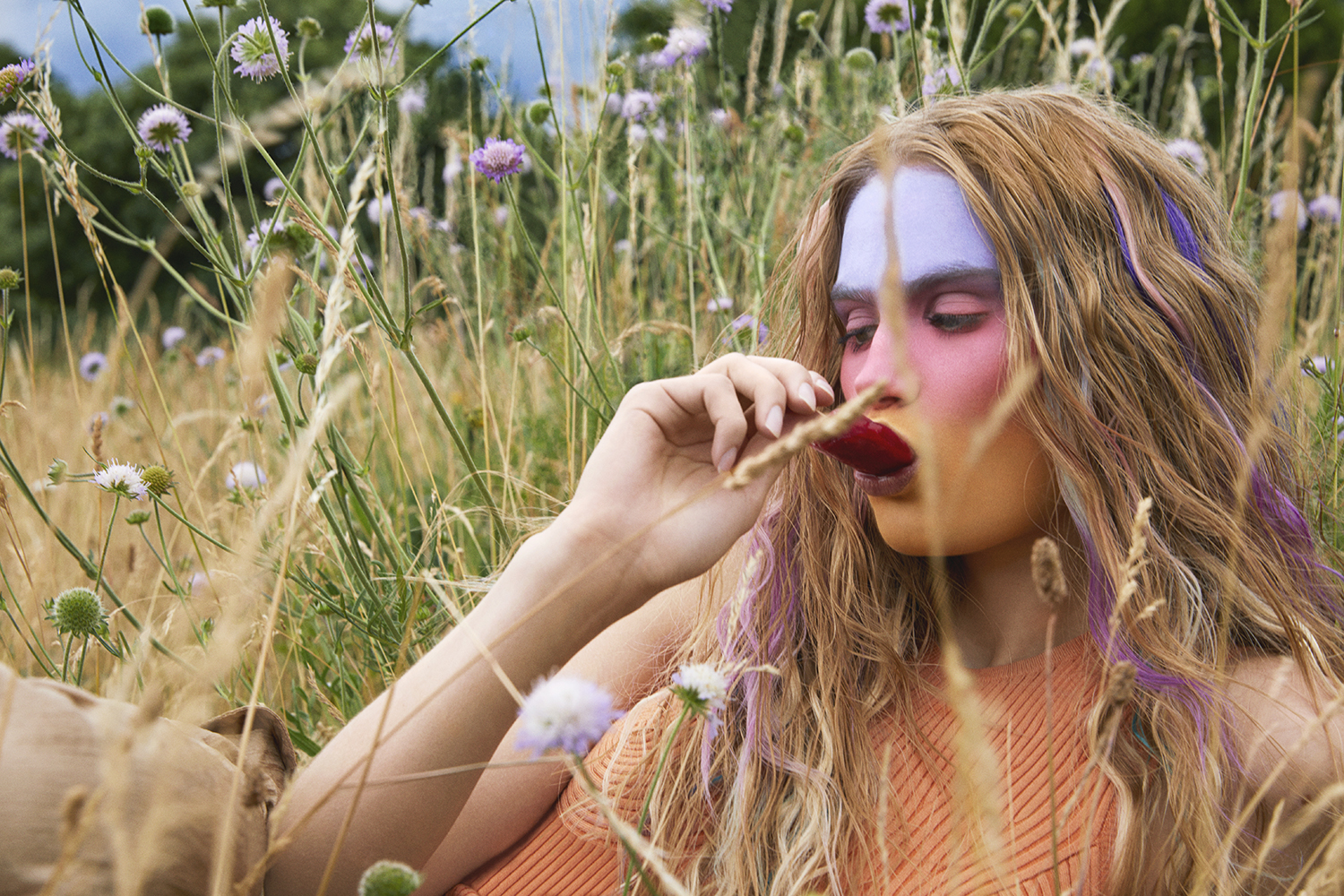